Confronting the giant: a personal experience with mental health problems 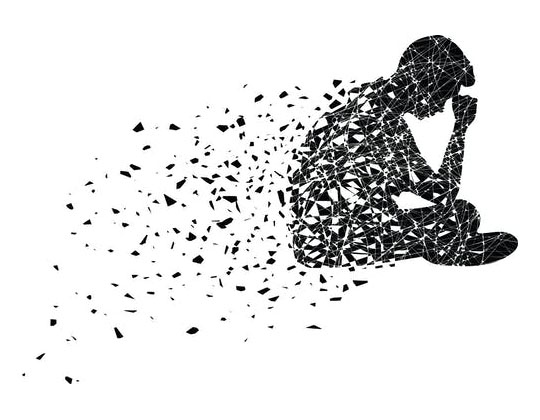 On one gloomy evening, my wife asked me “are you okay? It seems like your mood has changed lately. I’ll advise you seek help.” “Help? What kind of help?” I retorted. “I think you have to talk to a counsellor or your GP,” she continued. “A counsellor or GP? I’m fine… I’ll be fine,” I protested. “Well, I didn’t mean to irritate you, but I sincerely think you need professional help,” my wife asserted. I assured her I was okay, but actually, I was not. Frankly speaking, I was suffering from depression following some tragic happenings in my family and struggles with my research.

Just like my defensive self, most of us shy away from talking about our mental health problems. While we may try to wish it away, the reality is that mental disability is wreaking havoc among the populace. One World Health Organization (WHO) report estimates that one in four people globally will suffer a mental health disorder at some point in their lives. Another recent study shows that over 300 million and 260 million people suffer from depression and anxiety disorders respectively.

Narrowing this down to our own stable, it becomes apparent that PhD students are unimmune from this menace. Behind the façade of a seemingly smooth-sailing, enjoyable and prestigious PhD life often lies the reality of students’ tussle with mental health. In a recent study of PhD students in Belgium, Katia Levecque and her colleagues concluded: “one in two PhD students experiences psychological distress; one in three is at risk of a common psychiatric disorder.” In another research in the UK, 40 percent of doctoral students reported symptoms of poor mental health.

Whilst we cannot generalize these findings to the entire population, they nonetheless paint the sad reality that characterise the PhD life. Leaving one’s footprint in the sands of science takes considerable effort, perseverance and sacrifices. The hard work that it takes to achieve this feat puts extreme strain on doctoral students. However, this is not the only source of strain they face. Other external conditions can exacerbate the sychological and emotional distress PhD students’ experience. Some of these stressors include:

The above lists are by no means exhaustive, but they are the most common causes of mental health disabilities among PhD students.

Recent happenings in the higher education sector reveal the seriousness of the problem. The increasing rate of suicide among academics suggests that we are tethering on the edge of the precipice. Avoiding this imminent cataclysm requires collective effort from the academic community and most importantly, personal responsibility. Sufferers need to ignore the stigma, open up and talk about their debilities instead of suffering in silence. It is against this backdrop that I write this piece. The aim of this write-up is two-fold: first, to contribute to the awareness of mental health problems in academia and second, to share practical experiences of dealing with mental disability.

Detecting changes in one’s own mental health can be very challenging, especially for first time sufferers. In my case, I could feel that something was not right in my body, but I could not pinpoint the exact cause of my discomfort. Before my loss, I was more playful and lively. I spent time with my wife and friends chatting and socializing. But after my family misfortunes, I realized that I was spending more time brooding over the loss and keeping to myself. My wife spotted the sudden change in my behaviour and queried me but I assured her I was all right. However, my absent mindedness during conversations gave my pretentions away

Not only that, I also became very sensitive or touchy and tended to overreact to seemingly trivial issues. My wife and I have a tradition of pulling each other’s legs. But during my crisis, I usually became apprehensive and angry at the innocuous jokes or taunts she threw at me. My worst nightmare was the incessant panic or startling attacks I experienced during sleep. It started as bad dreams but later changed to hallucinations accompanied by increased heartbeat, chest pains and dizziness. At the height of my problem, I was experiencing on average, three attacks or episodes a night.

These signs and the prompting from my colleague and wife, brought home the realization that all was not well with me. In fact, I was aware that something was not right with me psychologically but I was oblivious to the fact that what I was experiencing were signs of mental health problems. It was after I started googling and reading about these signs that the reality dawned that I might be suffering from depression or anxiety disorders. That was the turning point in my journey to recovery.

Stopping living in denial and putting up appearances mark the first step I took to dealing with my mental health problems. For the first time during my crisis, I was determined to confront the ‘giant’ that has been tormenting me. The first thing I did was to open up and share my struggles with my family, trusted friends and colleagues. Talking about my loss to people who were empathetic to my plight was the catharsis I needed at that crucial moment. In fact, venting my grief and frustration provided a much greater relief; it was as if someone has literally taken a heavy load off my head. This experience brought home the truism that a problem shared is a problem halved.

While being open about my problems, I was also engaging in other practices like exercises and meditation. People have written extensively about the benefits of exercise and spiritual practices in ameliorating mental health disabilities. Writers and therapists most often recommend far eastern forms of meditation like Zen and yoga. In my case however, I wanted to try something different based on my Christian beliefs. I spent time meditating on Bible Scriptures and praying. Anytime I started to feel depressed, I would take a walk around a lake near my house and commune with God. At other times, I’ll sit quietly near the lake read and meditate on Scriptures. This practice helped detached me from the psychological distress that I was experiencing. It gave me a sense of inner peace and a new perspective about my situation.

In as much as openness and spiritual exercises helped to a certain extent, seeking specialist help remain the critical decision along the way. Following the above regimen put me on the road to recovery. I began to feel better and experienced less panic attacks. Nevertheless, I needed the opinion and assurance of my doctor to be doubly sure about my convictions. I visited my doctor and told him all that I was feeling. After a lengthy Q & A session that culminated in a thorough examination, he gave me an initial clean bill of health. He also counselled me and asked me to come for a referral to see a psychiatrist if I did not feel well after two weeks. I was determined to avoid the trip to the shrink so I intensified my spiritual exercises, avoided job related stressors and spent more quality time with my wife. In the end, my perseverance paid off. The panic attacks have subsided and I’m beginning to return to my happy, vivacious self.

Summing up, this write-up have brought to the fore the danger that mental ill-health pose to the PhD community. Having laid out the facts, I buttressed them with my personal struggles with depression and the steps I took to manage it. These steps were openness about my condition, seeking professional help, and engaging in spiritual exercises. While these may not be the silver bullet to solve every mental health problems, they nonetheless offer useful insights about boldness in confronting the challenge.

On a final note, burying our heads in the sand while pretending that everything is okay will not augur well for our research careers. After all, a sound mind is one of the cardinal prerequisites of a successful researcher. I believe broaching this taboo subject will help early career researchers who are suffering in silence to open up and seek help.